As fashion models, fashion designers, and a sea of endless fashionistas prepare themselves for one of the most anticipated week in New York City…New York Fashion Week, there  will be another group of women just across the river in neighboring New Jersey preparing themselves for another type of runway, but these women are not fashion models, they are the contestants in the 2016 Miss America Competition.
The origins of the Miss America Pageant lie in a 1920 event entitled The Fall Frolic. The event was held on September 25 in Atlantic City, 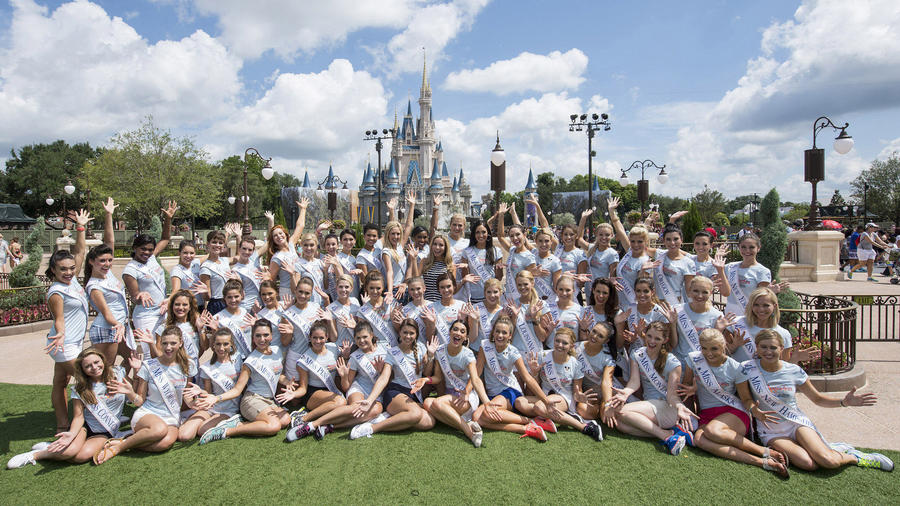 New Jersey, it was designed to bring business to the Boardwalk, three hundred and fifty gaily decorated rolling wicker chairs were pushed along the parade route. Three hundred and fifty men pushed the chairs. However, the main attractions were the young ‘maidens’ who sat in the rolling chairs, headed by a Miss Ernestine Cremona, who was dressed in a flowing white robe and represented Peace.

Entrepreneur, Fashion Designer, Home Chef, passionate Fitness Expert, and most importantly mother of four, who won the mirror ball trophy on “Dancing With The Stars” and went on to co-host eight seasons of the ABC television series will co-host alongside TV personality Chris Harrison of ABC’s “The Bachelor.”

Pop Recording Star Nick Jonas, formerly of the Jonas Brothers, will serve as the official Music Curator for the “2016 Miss America Competition.” As Music Curator, Nick Jonas will personally select the music that will accompany the Swimsuit and Evening Gown competitions. He will also provide commentary throughout the evening on his music selections and the thought process behind each song.
The current title-holder, Miss America 2015, is Miss New York 2014, Kira Kazantsev. She is the third consecutive Miss America winner from the state

of New York, and was crowned on September 14, 2014, by her predecessor Nina Davuluri (Miss America 2014).  And for the first time in Miss America history, fans have the opportunity to cast their vote entirely on social media for America’s Choice. The winner of America’s Choice will move forward to the Top 15 in the competition. Fans can vote on both Facebook and Twitter by posting a status and/or tweet with the name of the state they are voting for and the hashtag #MissAmericaVote. Voting for America’s Choice continues today through September 10 at 11:59p.m. ET.  Pageant judges for the Miss America 2016 include Brett Eldredge, Taya Kyle, Kevin O’Leary, Amy Purdy and Zendaya. The nationally televised broadcast of the Miss America Pageant will take place from Atlantic City’s Boardwalk Hall on Sunday, September 13 on ABC.
Tickets for “The 2016 Miss America Competition” are now on sale and can be purchased at ticketmaster.com. For more information on “The 2016 Miss America Competition,” please visit Miss America Organization’s website at www.missamerica.org.

New York City based Editor, Writer, and Blogger trotting the globe covering lifestyle categories that covers mainly fashion, travel, beauty, art & design, culture and food. She reports on fashion industry’s shakers and innovators, fashion week, the next generation of enterprising chefs, the hottest foodie scene, how to spend 48 hours in unique destinations, luxury travel, fitness, healthy eating and the newest and greatest in the world of beauty. Nerisa is also the creator of 60 Second Chic and 60 Second Chic XL highlighting fashion designers and their runway collection and presentations.